You are here: Home / SEO / Why Will Private Blog Network Still Continue to Work?

In the past 2 months, there has been a fear in the SEO industry that the private blog network is dead. There were many blog posts talking about why they would not use private blog networks again. Even Spencer Laws from Niche Pursuits published this post:  Alright Google, You Win…I’ll Never Use Private Blog Networks Again!.

On the contrary, my point of view is that Google is doing a great job by discouraging people from using private blog networks. I have been doing SEO since 2011 and I’ve noticed a trend: Google will start to act whenever a type of backlinks start to get very popular.

Let me give you an example. Back in those days when forum profile backlinks was the “BEST” kind of backlink between 2010 to 2012, it was so powerful that you will only need less than 20 links to get to be on page 1. Let me you show you an example of a forum profile link:

Signature links are also very popular during that period of time. The example below is a signature link. Whenever we post on a forum, the signature will appear below your content and you will obtain a free backlink to your site.

In the past, niche sites could easily rank up before the panda update came. Back then Angela V. Edwards backlink packets were in very high demand. It even offered a $5 monthly subscription. The backlink was so powerful that every month, I would just get a backlink packet from Angela V. Edward and create links to my money site.

I was also earning from Adsense and Amazon online.

On 24th Feb, Panda 1.0 came and destroyed all my niche sites and it was during that period of time that profile backlinks started to devalue a lot. You no longer can rank a niche site quickly using profile back links after the update. It devalued so much was because many people started to sell profile back link packets and offered services – there is even a software called XRumer, which is so powerful that you can create thousands of profile links in a few days.

“XRumer is a search engine optimization program, created by BotmasterLabs, that is able to register and post to forums (forum spam) with the aim of boosting search engine rankings. The program is able to bypass security techniques commonly used by many forums and blogs to deter automated spam, such as account registration, client detection, many forms ofCAPTCHAs, and e-mail activation before posting.”

So based on past experience, now you know when a backlink gets too popular, google will start to act and create fear in the SEO industry and so that they would stop the practice. However people did not realize that after google started to penalize that type of backlink, the link would continue to work. Why do I say so? The company behind Xrumer continues to update their software even though the backlink had already devalued.

The company wouldn’t be so stupid to continue updating the program even though Google had already devalued the link. It must be that people still continue to use the software and they know that profile and forum links still continue to work.

Why will Private Blog Network continue to work?

Private Blog Network has been in existence for a long time, and in the beginning, finding old age domain was hard and hosting of the domain on different c class ip address was expensive. It was during 2012 that private blog networks became more affordable and a lot of tools came out to find old age domain. Web hosting became more popular through cloud computing’s lower cost of hardware.

One of the most popular Blog network during that time was Buildmyrank.com, it became so popular that Google decided to take action against it, which I believe is how the google panda update came about. The network was so huge and good that by using a few links from them, you can easily rank up any site! So after Google panda came buildmyrank actually evolved and still continues to operate.

Buildmyrank has now changed to HP Backlinks and still continues to operate as a private blog network.

Let me give you another example. One of the competitors for buildmyrank.com during that time was Authority Link Network, it was a crowd sourcing private blog network where users had to add their own blog network into the system and earn points in order for them to post to other user blog network. They don’t accept PR 0 domain into the system.

The higher the PR domain you add to the network the higher the daily post you can get.  The network grew so big, with I think over 20k websites in the blog network. Also during that period of time, same as buildmyrank.com, Google decided to take action against them with a series of Google panda updates. Take a look at this post  – it took almost 1 year to take down an authority link network.

So did Maulana stop building private blog networks? No he didn’t and he actually split the network into different groups:-

So does blog network link still continue to work? Yes it will as long Google takes backlinks as part of their Algorithm.

My Own Private Blog Network

And now today I am going to soft launch my own Amaterasu Network and here are the stats of the network. 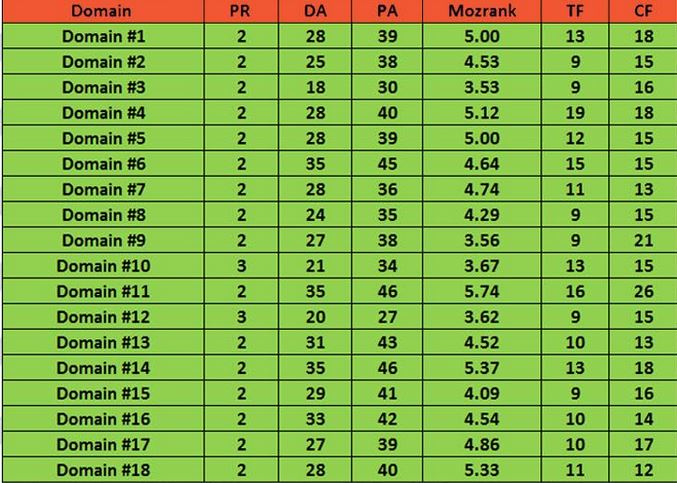 If you interested, head over to Amaterasu Network and use the coupon code EATEAM to get a 20% discount. I will only take in 20 customers under this group of private blog network.

Remember: a link is still a link no matter what updates Google comes up with.